“No one seriously involved in seeking a responsible Christian engagement with such concerns can afford to ignore this magisterial undertaking.” ―Timothy George, Founding Dean, Beeson Divinity School

A controversy of major proportions has spread throughout the church. Now more than ever before, gender roles are openly questioned in the wake of evangelical feminism―a movement that is having a profound impact on society, the home, and the church.

In this redesigned edition of an influential and award-winning bestseller, more than 20 influential scholars such as John Piper, Wayne Grudem, and D. A. Carson have committed their talents to produce the most thorough response to date. Combining systematic argumentation with popular application, this volume deals with all of the main passages of Scripture brought forward in this controversy regarding gender-based role differences.

Anyone concerned with the fundamental question of the proper relationship between men and women will want to read this book. 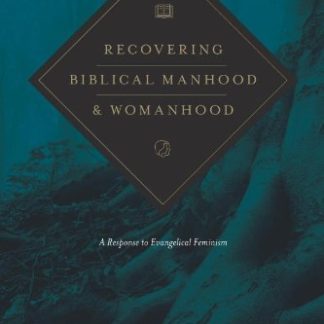 You're viewing: Recovering Biblical Manhood and Womanhood $16.04
Add to cart