When we think of Jesus’s crucifixion, we typically think of the cross, the betrayal of Judas Iscariot, the beatings Jesus suffered, and even the crown of thorns placed on His head. When many think of Jesus’s sacrifice, they often think of a single event, one that took place two-thousand years ago on what is now called Good Friday.

In reality, however, the crucifixion was the culmination of a 4000-year journey, one started when Adam and Even fell from perfection in the Garden of Eden. It was then that God promised a Savior who would restore the human race to a right relationship with Him. That event began The Road To Calvary. It was a road full of both struggles and blessings, and one that took four millennia to travel.

6-Disc Audio series of over 360 minutes of teaching.

Be the first to review “Road To Calvary Series” Cancel reply 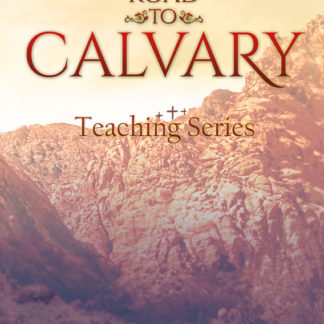 You're viewing: Road To Calvary Series $10.00
Add to cart